Brionna Jones scored 23 points and Jonquel Jones had 22 and 11 rebounds to help the league-leading Connecticut Sun earn their seventh straight regular-season win, a 76-72 victory over the Los Angeles Sparks on Thursday night in Uncasville, Connecticut. 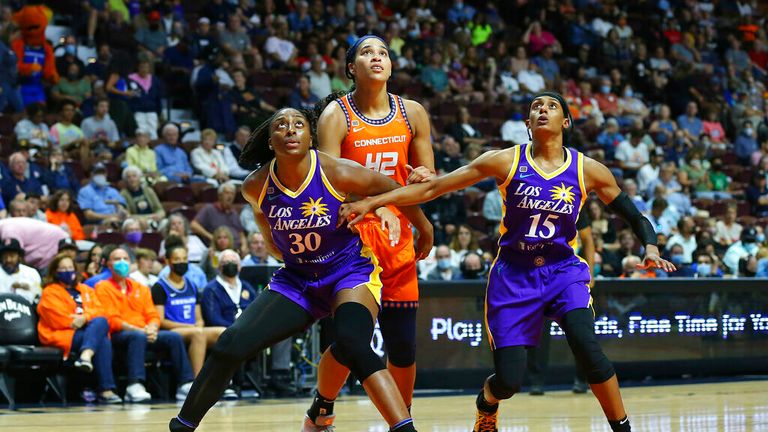 DeWanna Bonner added 14 points and Jasmine Thomas had 13 points and six assists for Connecticut (19-6), who maintained their one-game lead atop the WNBA standings following the second-place Las Vegas Aces’ win over the Atlanta Dream.

Nia Coffey had a season-high 18 points to lead the Sparks (10-15). Erica Wheeler had 13 points and nine assists, Nneka Ogwumike scored 13 and Brittney Sykes added 11 for Los Angeles, who have dropped two straight after a four-game winning streak.

Brionna Jones’ layup with 5:31 remaining gave the Sun a 67-60 lead. Coffey’s 3-pointer 19 seconds later brought the Sparks within four, but Connecticut extended their lead to 71-63 after Brionna Jones’ two free throws with 2:31 left.

Jonquel Jones’ layup with 18 seconds left put Connecticut up four, Wheeler missed a reverse layup with nine seconds on the clock and Jonquel Jones grabbed the rebound to seal the win. 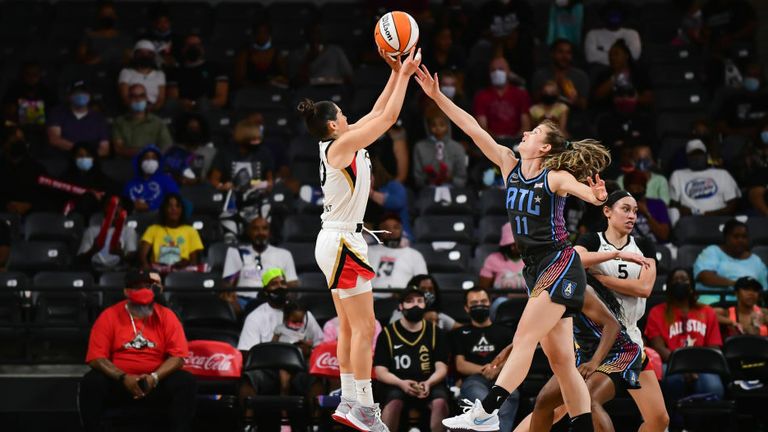 Dearica Hamby added 20 points and nine rebounds, Liz Cambage scored 17 and Jackie Young had 10 points and nine boards for the Aces (18-7). Las Vegas, who have already clinched a playoff berth, won for the fourth time in five games.

Monique Billings scored 21 points and Tiffany Hayes added 11 points and eight rebounds to lead Atlanta. The Dream (6-19) lost their 10th straight game and 13th in their past 14 after going scoreless in the final 3:30 after trailing by just one. Arike Ogunbowale scored 25 points, including a key three-point play and a free throw down the stretch, to help the visiting Dallas Wings to an 82-77 win over the host Washington Mystics.

The fourth quarter went back and forth with the Mystics holding a 77-74 lead with 2:50 to play. The Wings answered with a Moriah Jefferson jumper with 2:26 left, and Ogunbowale’s three-point play with 1:06 left pushed Dallas in front by two. Ogunbowale’s free throw with 9.2 seconds remaining all but cemented the win for Dallas.

Isabelle Harrison added 21 points and 10 rebounds for the Wings (11-14), with Jefferson scoring 11 and Awak Kuier adding nine for Dallas. Wings forward Satou Sabally (Achilles) missed her fourth straight game, and Dallas were forced to play without guard Allisha Gray after she sustained a concussion on August 20 against Indiana.

Myisha Hines-Allen led the Mystics (9-15) with 16 points while Theresa Plaisance and Ariel Atkins scored 13 and 12 points, respectively, for Washington.

Elena Delle Donne, in only her third game back after missing close to two years with a back injury, had just seven points after scoring 16 and 18 points in her past two outings.

The two teams will meet again Saturday in the US capital.