Kyle Anderson was one of eight players to hit a nine-dart finish at the PDC World Championship; the Australian, nicknamed ‘The Original’ was a true trailblazer for the sport of darts with ‘Hawaii 501’ paying his own tribute 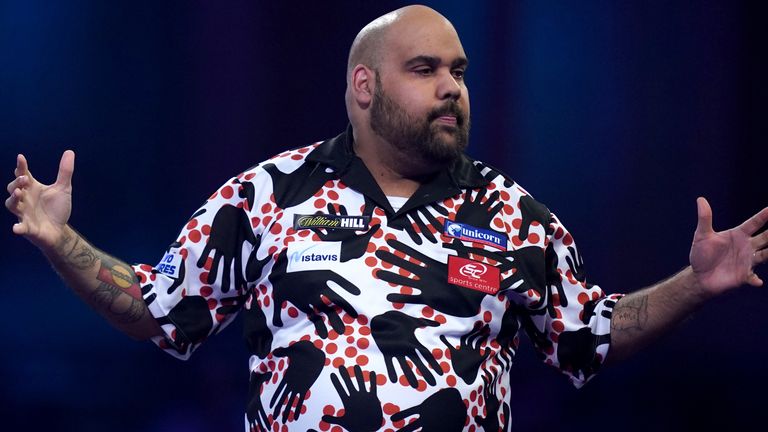 Wayne Mardle has paid tribute to ‘The Original’ Kyle Anderson, who died at the age of 33. Australia’s first Indigenous professional darts player was a true trailblazer for the sport.

Anderson played in seven world championships after making his debut in the 2012-13 event and held a PDC Tour card from 2014 until this year.

His greatest spell came as he won a Players Championship and then the Auckland Masters on the World Series of Darts circuit in 2017.

Tributes came pouring in from Anderson’s peers following the sad news of his passing, from three-time world champion Michael van Gerwen, to his compatriot Simon Whitlock, and a touching social media post from his good friend, Kim Huybrechts.

My family ❤️ my brother ❤️ my best mate ❤️ today the world stood still for me.. i will always love you ! May we meet again pic.twitter.com/cXql8rADSQ

“You can just tell from the outpouring on social media that he was liked. He was a nice genuine human being, but you know what? He was respected,” Mardle told Sky Sports.

“He packed up a job and moved literally (to) the other side of the world to chase his dream. What a brave individual and to lose him at 33, it doesn’t seem fair because of all the sacrifices he has made.

“It’s such a sad story for anyone who knew Kyle because he left his mark alright.” 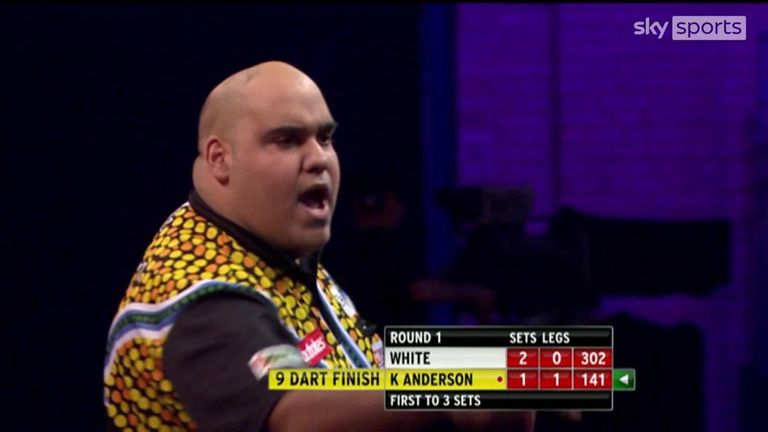 Anderson had returned to Australia at the start of the coronavirus pandemic last year and relinquished his Tour card in January as he opted to stay in his homeland for family reasons.

He spent four weeks in self-isolation after testing positive for COVID-19 shortly after returning to Australia from the UK at the end of March 2020.

Kyle Anderson moved to the other side of the planet, started a family and helped provide for them by playing darts at the highest level. That’s a lot to achieve in 33 years – imagine what he would have done if he had a few more.

It’s been a very difficult day. Kyle was a genuine, caring man with a joyous nature and generosity of spirit. He was also a heck of a dart player, one of Australia’s finest. Thoughts are with his family, friends and everyone who’s mourning this very sad loss. Here’s to you mate. pic.twitter.com/tyB9O3mVbi

Bro, you were the life of any event, chat group & always had time for everyone. A true comical genius & banter king, you are going to be missed so much!

Thinking of your family at this time pic.twitter.com/TJ42oEXYn3

Anderson also posted a picture, seemingly of himself in hospital, on his Instagram on August 10 alongside the caption: “Getting all too regular now.”

“At the top of his game, he was one of the elite. I remember his nine-darter against Ian White because I should have been commentating on the games that day, but I was sat at home with the flu,” Mardle recalled.

“You knew then he had levels and he had a game that could win. He did win on the Pro Tour and the Auckland Masters and if there is another Auckland Masters, it has to be renamed the Kyle Anderson Trophy. That was his crowning glory, that was his moment.”

Darts is back on your Sky Sports screens when the World Cup of Darts gets underway – join us for all four days of coverage from Thursday, September 9. Check out daily Darts news on skysports.com/darts, our app for mobile devices and our Twitter account @skysportsdarts

Ronaldinho and the Kerry GAA jersey!

Nine bounces back into profit on Stan Sport earnings