Kansas City Chiefs safety Tyrann Mathieu looks to be heading towards a bumper pay day after the Seattle Seahawks recently made Jamal Adams the highest-paid safety in the NFL.

One chief concern in Kansas City entering the 2021 season is the contract status of safety Tyrann Mathieu. Keeping him became slightly more complicated on Tuesday.

That is well below the new bar for players at the position after Jamal Adams signed a four-year, $70m extension with the Seattle Seahawks to become the NFL’s top-paid safety. He makes an average of $17.5m per season under the terms of his new contract.

Mathieu said it would be hard to wear “any other uniform” after going to back-to-back Super Bowls with the Chiefs.

“The fans here are amazing. My teammates are amazing. I spoke about the relationships that I have with my coaches,” Mathieu said in the spring. “Some of these things, you can’t buy other places. I’m a guy that’s had to start over quite often, so I would like to stay here – for sure.”

The Chiefs have multiple sizable salaries on the ledger for 2022, and general manager Brett Veach tends to ramp up negotiations closer to the end of an existing contract. He’s also no stranger to the franchise tag.

It couldn’t be easier…….Join a League, Draft a team, Win your league

“We’ve had a chance to talk to Tyrann and his representation, and I think it’s a little bit difficult with the landscape right now of having two cap-shortened offseason and where we are in regards to our offseason projections,” Veach said in an interview with Sirius/XM Radio.

“But as we’ve discussed with Tyrann and his crew, it’s one of those situations that where we are now will certainly not be where we are once the season ends, and once we correct some of the things when you have extensions, conversations, trades, (players) move on – every team is certainly in a different position (with) what their books say than (what) they will be in the offseason.

“And we like to think that we’re going to find a way to get this done. And he knows we love him, and we know he wants to be here. And right now, for him, and for us, I think it’s just a timing thing. But there’s not a guy in this league I respect as much as him for the way he goes about his business. 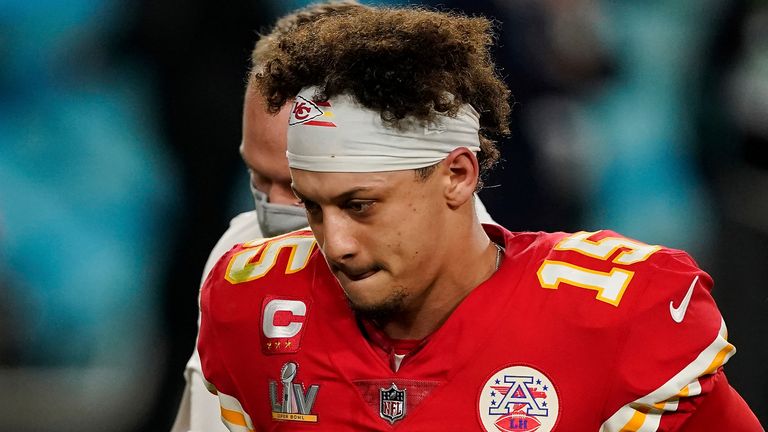 “And, you know, listen, a lot of these guys, and a lot of these teams – I think we saw the franchise tag period come and go, and no one got done. And there have been a couple of deals, but a lot of these bigger deals haven’t been done for the same reason. Different players handle it in a different way. And just like you’d expect from Tyrann, just complete class. I mean, the guy is special. We love him. And we’re certainly going to work our tail off to keep him here.”

The combined salary cap figures for the Chiefs’ five highest-paid players in 2022, based on existing contracts, totals $130m, with quarterback Patrick Mahomes at $35.8m.