Both swimmers produced world-record times in their respective finals; Tully Kearney’s gold adds to the silver she won on the opening day and Maisie Summers-Newton follows in footsteps of her idol Ellie Simmonds 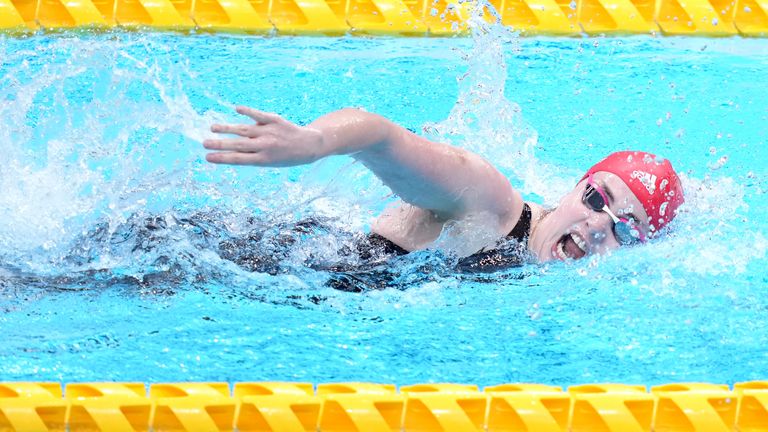 Kearney’s gold, which she won in a time of 1:14.39, adds to the silver that she secured in the S5 200m freestyle on the opening day of the Games.

“I was obviously quite frustrated with how I swam the race yesterday,” she said following her gold-medal swim.

“Unfortunately through the injuries, I didn’t have the fitness to hold on. Today I was determined no one was going to beat me.

“Even 19 days ago, I was in so much pain with my shoulder – all credit to the physio to help me get to this point.” 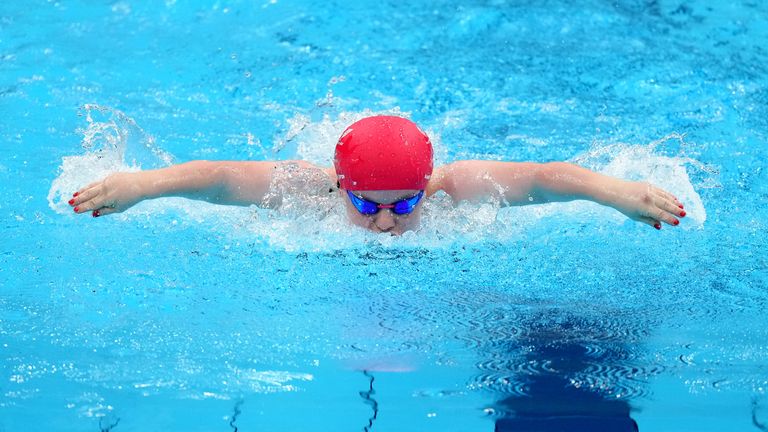 Summers-Newton produced a stunning swim in the SM6 200m individual medley final and took charge at the midway point.

The 19-year-old and Simmonds qualified first and third for the final, with compatriot Grace Harvey sandwiched between them.

Yelyzaveta Mereshko of the Ukraine laid down a marker in the other heat with a world-record time of 2:56.90 and Summers-Newton was clearly inspired by that feat, as successfully lowered it to 2:56.68 just hours later.

Silver medallist Mereshko lagged 1.36 seconds behind, while GB flagbearer Simmonds – winner of this event in both London and Rio 2016 – had to settle for fifth, 7.69 seconds off the pace, with Harvey sixth.

“She’s inspiring that next generation now. She’s following in my footsteps four years previously, now she’s the one”, Simmonds said of Summers-Newton.

“She’s the nicest girl in the world. I’m so happy for her. She got, I think, inspired by me and I’m sure so many people watching tonight are going to get inspired by her. She’s carrying on that and it’s amazing.

“We saw Mareshko do it this morning, I was like ‘You can do this.’ And she did.”

Summers-Newton, who like Simmonds has achondroplasia, said: “It’s really, really cool. Ellie is such an amazing swimmer.

“Everything she’s done for para sport is just incredible and I’ve definitely got used to racing her lots now, especially since she got back from Rio so I’m definitely used to it.

“Having her there is really supportive and comforting in a way, knowing she’s done it for such a long time. She’s such a staple in para sport.”

Paul: No excuses when I beat Woodley

Mike Ashley: Who is the founder of Sports Direct?