There we have it, 17 days since the Olympic flame was lit in Tokyo. Now the flame is out and one of the most controversial Games in history is over.

Tokyo was a sporting event to debate on many levels. Should it even have taken place? Postponed during a pandemic in 2020, rescheduled during the same pandemic 12 months later, protests against the Games were loud and visible within Japan.

Tens of thousands of people entering their country and potentially spreading new variants of Covid was a huge worry, while the billions spent on the delayed Games was seen as money wasted which could be better spent elsewhere. 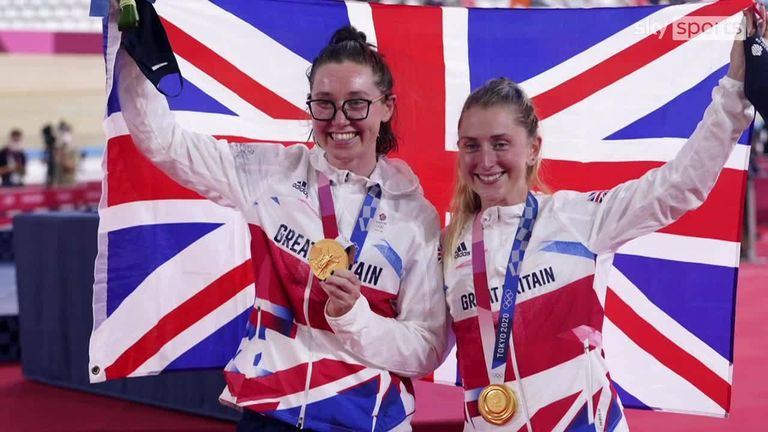 Geraint Hughes looks back at the Tokyo 2020 Olympics, and a ‘monumental medal success’ for Team GB

Geraint Hughes looks back at the Tokyo 2020 Olympics, and a ‘monumental medal success’ for Team GB

As athletes, backroom staff and media from over 200 nations flocked into Tokyo, there was a tension around Olympic sites and within the city.

Due to the anxiety over Covid the rules were strict, the punishment for breaking them was severe, testing was rigorous and plentiful, but early on foreigners were viewed with some suspicion by enough locals to at times make it feel uncomfortable.

The first positive test within the Village was a moment that could have changed the course of the Games, fortunately for the IOC and Tokyo organisers the positive tests remained low throughout.

Had it gone the other way, no one is really too sure of what measures may have had to come into force – the Japanese Government were always ready to step in and make tough decisions unilaterally.

Such was the strange and unique circumstances surrounding these Games, who perhaps suffered the most with the rules and restrictions? The Japanese public did, barred from their own Games.

So to the sport, and for Team GB a sense of a job well done in the most trying of circumstances. The athletes delivered 65 medals – at the higher end of the 45-to-70 medal range set by UK Sport – and more sports returned medals than ever before.

However, if selected to compete for Team GB at the Olympics it is pretty much a prerequisite for athletes to be ‘medal competitive’. So perhaps in Tokyo the greater achievement might be of those behind the scenes who you will not know, never have heard of and most probably never will.

Mark England, the Chef de Mission – the ‘person who sorts everything’, is the Team GB member most lacking in sleep in Tokyo. His job was to deliver 375 athletes and over 650 backroom staff safely into Japan, get them to competition and safely home. He secured venues for athletes to train in prior to competition, and managed relationships in Japan where anxious locals trusted GB’s hierarchy to bring in a safe and respectful team.

His team organised and delivered over 20,000 tests over 40 days – not one returned a positive result, although there were some panicky moments when four athletes produced ‘false-positives’.

On the sporting front, UK Sport and the BOA will be pleased with the amount of sports Team GB medalled in – 18 out of the 26 sports that the team entered athletes in. No other country had such a return across so many sports.

BMX and skateboarding aimed to bring in new fans, they brought in medals for sure, while the mixed-gender events were a success on so many levels. Team GB embraced them and the swimmers and triathletes produced some of the moments of Tokyo 2020.

There will be sports and athletes who leave Japan with disappointment: the rowers did not deliver the medals they wished and worked for, athletics did not win any gold medals with Katarina Johnson-Thompson and Dina Asher-Smith not able to showcase their best due to injury woes. 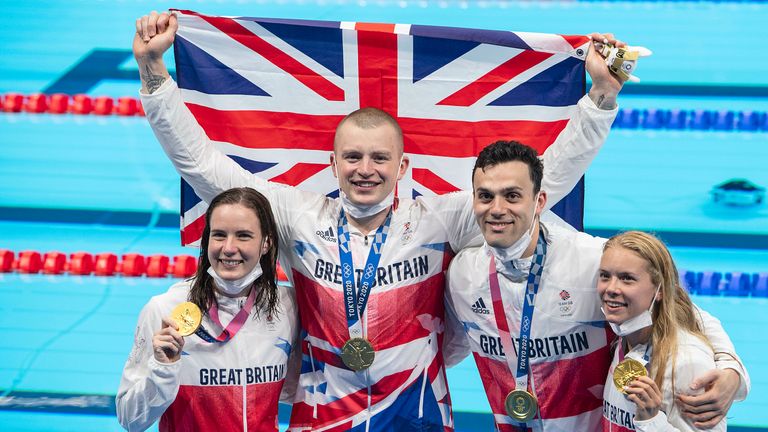 You must also feel for shooter Amber Hill, one of the very best in the world and a huge gold medal hope who could not make it to Tokyo after testing positive for Covid in the UK.

Team GB prioritised the welfare and mental health of their entire delegation months ago, no longer do athletes just reveal anxieties about their physical wellbeing. Actively encouraged was discussion and openness about mental wellbeing.

Michael Phelps, the greatest Olympic medal winner in history praised the British approach, while his compatriot Simone Biles bravely stepped aside when the environment just got too much. She did so with a smile as all around her supported her, perhaps when a few years ago the understanding and compassion within top-level sport might not have.

Biles, the superstar, helped shine a very bright light on the complexities of the mental side of sport. Biles the human did the right thing for herself and many others past, present and future. Perhaps that legacy will surpass all her medals and achievements in sport.

An Olympics is not an Olympics without controversy away from the field of play. The astonishing story of Belarus sprinter Krystsina Tsimanouskaya could occupy the pages of the best Cold War thriller if it were still the 80s. For her it was all too real, though, as Belarus officials ordered her home after questioning a decision to remove her from her 200m heats.

Fearful of what might happen on her return, and following advice from her grandmother not to return to Belarus, Tsimanouskaya enlisted, at the 11th hour, help from Japanese police at Haneda Airport. She would find herself at the Polish Embassy in Tokyo being offered a humanitarian visa, days later she would depart Tokyo bound for a new life in Warsaw where her husband also had fled to, although he had left from inside Belarus.

Protests and messages urging greater diversity and inclusion were frequent, but respectful, and in the main away from the podium and field of play. The USA’s Raven Saunders chose to use her position on the podium to cross arms, sense prevailed as the IOC chose not to investigate or punish Saunders.

Back to Team GB, though, and the last three Olympic Games have been incredibly successful. London 2012 produced 65 medals, while Rio and Tokyo returned 67 and 65 respectively.

So how do they keep those standards? It costs money and while the Sports Minister Nigel Huddleston saw at close quarters what it takes to be successful and the impact on the nation, will he be able to persuade HM Treasury that elite sport via UK Sport deserves funding in the region of £350m per Olympic cycle?

Covid has changed so many things. The UK’s debt for one. It has grown and, as we are all told, public funding is tight. For UK Sport, the funding for Paris 2024 and beyond needs greater certainty. Dame Katherine Grainger, Chair of UK Sport told Sky Sports News she wants politicians and civil servants to provide clarity of what funding they can expect.

On New Year’s Day 2021 I suggested in an article it was 50/50 whether the Olympic Games in Tokyo would go ahead. Somehow, the most restricted sporting event ever in the world went ahead. Many will be blowing a huge sigh of relief. As the chief executive of Tokyo 2020 Seiko Hasimoto said at the Closing Ceremony with typical understatement… “it is now thank you and goodnight.”