Tries from Brad Dwyer and Richie Myler helped Leeds to victory, while a strong defensive effort kept the home side scoreless; “I understand their attack is not as potent as it has been, but to keep a team like Wigan scoreless is a massive effort,” head coach Agar said

Richard Agar was full of praise for Leeds Rhinos after they won 14-0 away to Wigan Warriors to keep their Betfred Super League play-off hopes alive.

The Rhinos recorded their first win at the DW Stadium in eight years following tries from Brad Dwyer and Richie Myler.

Leeds had to go through a period of 20 minutes with a man down after both Zane Tetevano and Luke Briscoe were sent to the sin-bin.

Brad Dwyer and Richie Myler tries helped Leeds boost their Super League play-off hopes with a 14-0 win away to Wigan.

“I’m really happy,” Agar said. “We had to overcome a bit of adversity with the sin-binnings, and I thought we did that really well.

“I understand their attack is not as potent as it has been, but to keep a team like Wigan scoreless is a massive effort.”

Wigan have now gone over 200 minutes of action without scoring a try and head coach Adrian Lam cut a dejected figure after the game. 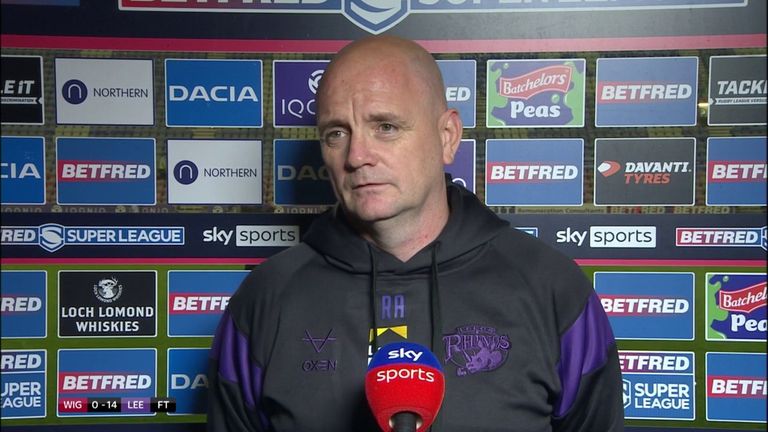 The former Warriors half-back believes his team are low on confidence and admitted he has to seriously consider changing things.

“It’s not a good night,” Lam said. “We are down in confidence the whole group, and it’s showing. If we had scored first it could have been a different game, but it’s easy to say in hindsight.

“When we didn’t score first, then they get a lucky try with the ball coming back off the post. 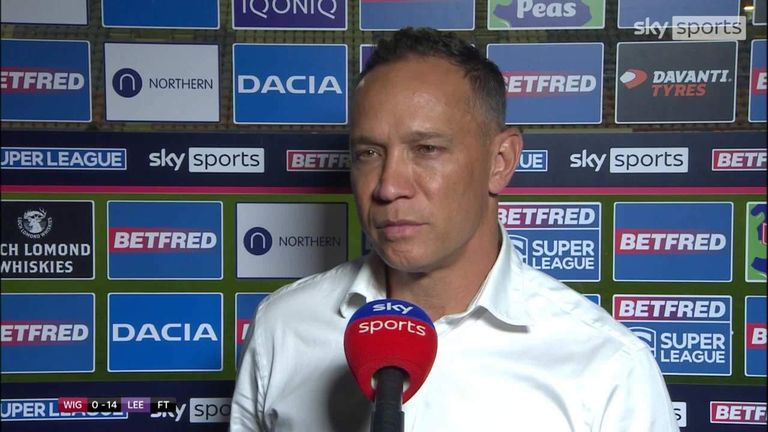 “We look like a rudderless ship. Our spine and key players are not combining well. We seem to have a different full-back each week, it makes it really hard to build any momentum.”