Sebastian Vettel speaks to the media for the first time after his Hungarian GP disqualification, admitting the points loss feels “very bitter” and calling for “more tolerance” on the F1 fuel rules 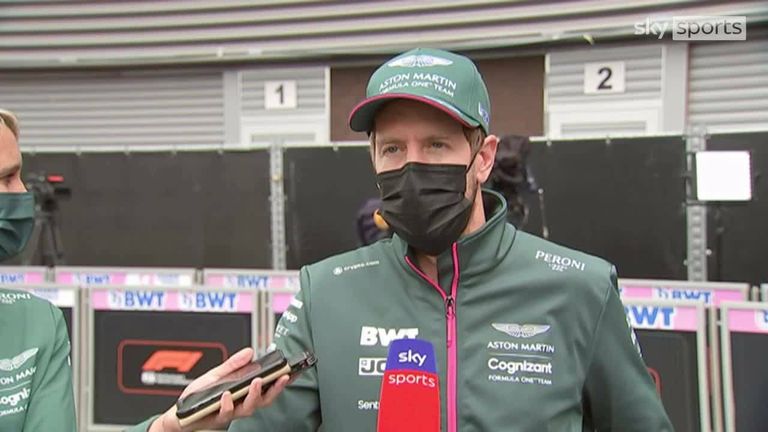 Sebastian Vettel has opened up on his “very bitter” podium-losing disqualification at the Hungarian GP and says he hopes no other driver has to go through a similar situation in the future.

Vettel was stripped of second place at F1’s last race before the summer break in bizarre circumstances as the FIA were unable to take the required one-litre fuel sample from his car after the race.

Aston Martin cited a fuel system failure and leak as the reason for the rules breach, but dropped their appeal against the disqualification with F1’s governing body unwilling to budge on their initial ruling.

Vettel lost a crucial 18 points as a result and, speaking to the media for the first time since the verdict in Belgium, was understandably miffed.

“I guess rules are rules,” said Vettel. “We didn’t know we had a problem to be honest. When we checked, the fuel wasn’t in the car and we got disqualified. but we thought the fuel was in the car.

“So I don’t know for future whether there is a better way to handle this, but I don’t think there’s much that could have been done.

“It’s very bitter because first I think we did not have an advantage, second there was no intention or no way we could explain that too little fuel was in the car. So something happened over the course of the race, a leakage or something and then the fuel wasn’t there anymore.”

Vettel then called for “more tolerance” over the rules in such exceptional circumstances such as his, adding “you don’t wish that [for] anyone else to happen.”

“For the future I hope that nobody suffers the same problem,” the four-time world champion told Sky F1. [The FIA] should think about whether the rules should be addressing that.

“I know it’s very difficult to find the right wording, but we didn’t do anything knowingly wrong and it wasn’t a mistake from our side. It was obviously a good day that didn’t have a great ending.”

Vettel is 12th in the championship rather than 10th due to the disqualification, while Aston Martin remain seventh behind AlphaTauri in the team standings.

“What hurts us most is the points,” Vettel added.