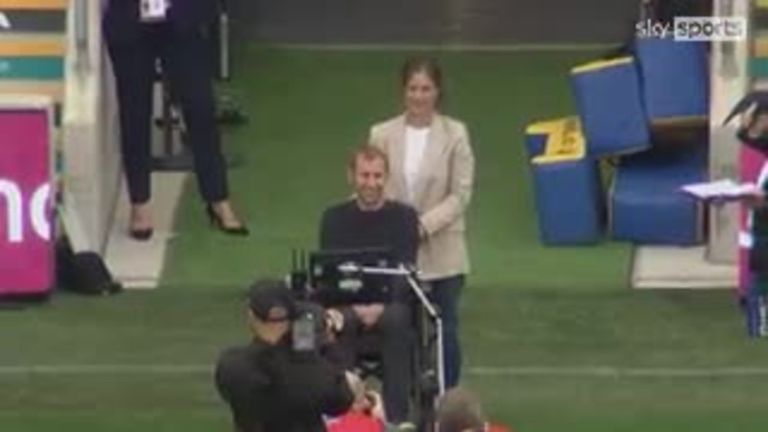 Headingley hailed the return of one of its favourite sons on Thursday as Rob Burrow and his family came to the ground to watch Leeds take on Huddersfield.

Former Leeds and Great Britain half-back Burrow, who is battling motor neurone disease (MND), returned to his old stomping ground on the day his autobiography “Too Many Reasons to Live” was published by Macmillan.

The 38-year-old was diagnosed in December 2019 and is now confined to a wheelchair, able to communicate only through an eye-driven device and cared for full-time by his wife Lindsey.

In his extraordinarily inspirational memoir, Burrow reflects on his life, from being at the heart of Leeds Rhinos’ legendary team to battling MND.

Burrow, who was given approximately two years to live, speaks frankly about his condition, going as far as to envisage how his life will end, but does so with dignity and the humour and warmth that epitomises his character and would clearly be horrified if his story drew any pity. 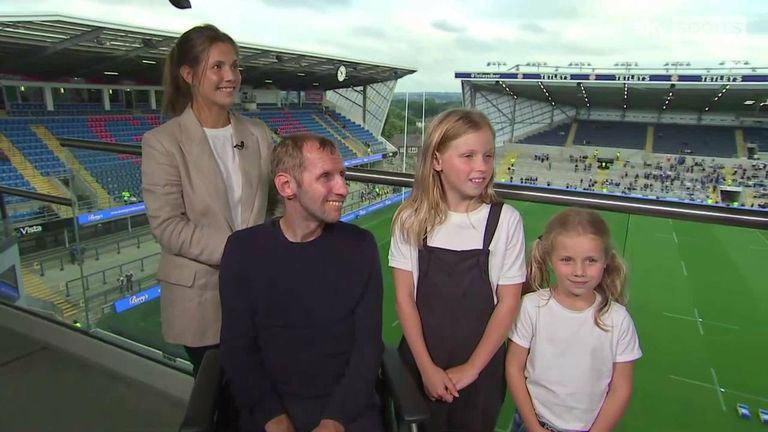 Barrie McDermott speaks to Rob & Lindsey Burrow as the Rhinos legend returns to Headingly as guest of honour for the game against Huddersfield.

Barrie McDermott speaks to Rob & Lindsey Burrow as the Rhinos legend returns to Headingly as guest of honour for the game against Huddersfield.

He knows there is currently no cure for MND but intends to fight it all the way, using the same fearless will to win and bloody-mindedness that helped him overcome the odds and defy the critics who wrote off his rugby career before it started by insisting that, at 5ft 5in, he was too small to play the game.

“MND picked on the wrong guy,” he says, arguing it his “responsibility to stick around”.

“I can’t keep dodging the disease forever but it won’t stop me trying,” he says defiantly. 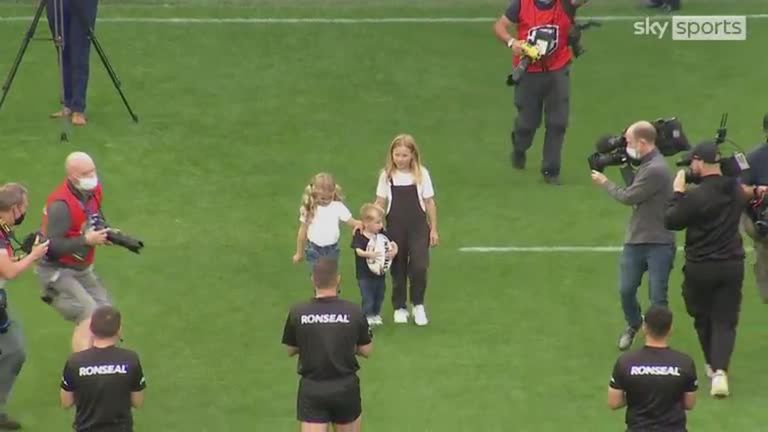 The three children of Leeds Rhinos legend Rob Burrow present the match ball to referee Ben Thaler ahead of the game against Huddersfield at Headingley.

The three children of Leeds Rhinos legend Rob Burrow present the match ball to referee Ben Thaler ahead of the game against Huddersfield at Headingley.

Burrow pays tribute to the inspiration of fellow MND sufferer Doddie Weir and the work of his father Geoff, who in his role as head of Burrow MND Research Inc, is leaving no stone unturned in his efforts to find a cure for the disease, describing him as a “man on a mission”.

The Castleford-born father of three weaves the highs and lows of his daily battle with MND into recollections of his outstanding career, which saw him play over 500 games, win eight Super League rings and appear in two World Cups.

Burrow, who actually had trials with Manchester City and Leeds United before setting his heart on playing rugby league, was a one-club man throughout his career yet he reveals he came close to signing for Wigan in 2012.

What really shines through is the love and devotion of a family man desperate, despite the hopelessness of it all, to retain his cheer and dignity.

With Lindsey, he imposed a strict no-crying policy in the Burrow house, at least for the adults, He insists he has no regrets over his choice of career and, above all, displays no malice.