A double at Lingfield for Louis Steward has moved him level with Hayley Turner at the top of the Racing League jockey standings.

The Goat Racing rider won on board Billhilly and Red October in round five of the six-week competition to take the 26-year-old to 207 points.

Turner had just two rides on the card for team ThoroughBid and added 23 points to her total, finishing sixth with Carolus Magnus and third on Bashful.

Team talkSPORT’s Jack Mitchell is seven behind 200, with Martin Dwyer (ODDSbible) fourth on 186 and Team Swish’s Saffie Osbourne five further back on 181.

The Classic-winning rider made a race-winning move when he kicked on two furlongs out. The top weight, trained by Richard Hannon, then pulled away to cross the line three lengths clear of Ajrad.

Levey said: “He travelled well, to be fair, surprisingly well. 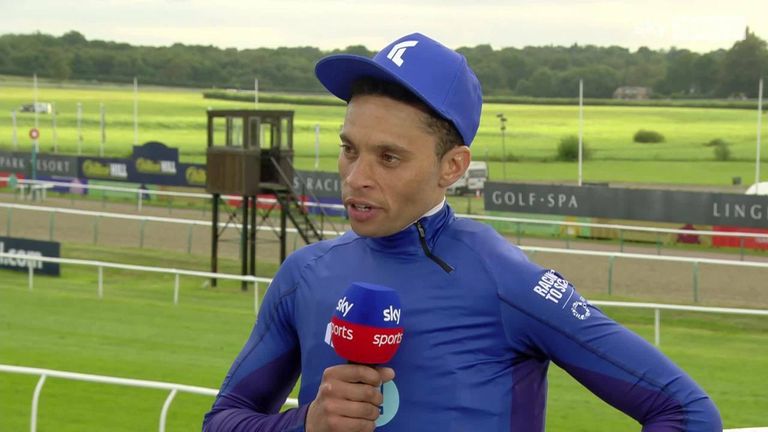 Sean Levey was pleasantly surprised with Typhoon Ten’s performance after an impressive victory in the Racing League at Lingfield for team ThoroughBid.

“He’s always been a handful, this horse. But it seems like running every week has absolutely crowned him, made a man of him.

“He gave me the best ride he ever has today. He hacked down to the start, relaxed, and he was very professional throughout the race as a result.

“So he’s definitely learning, and going the right way.”