New York Knicks center Nerlens Noel has filed a lawsuit against his former agent, Rich Paul of Klutch Sports Group, alleging breach of fiduciary duty and negligence toward him as a client.

The lawsuit does not cite a specific amount of damages but asks for actual and punitive relief.

In the suit, filed Monday in Dallas County, Texas and first reported by Sports Agent Blog, Noel claims Paul led him astray when he was a restricted free agent in 2017 and eventually cost him $58m in potential salary.

The crux of Noel’s grievance lies with how Paul initially became his agent in 2017.

The 2013 number six overall draft pick met Paul at a birthday party for another one of the agent’s clients, Philadelphia 76ers point forward Ben Simmons.

At the time, Noel was considering a four-year, $70m offer from his team the Dallas Mavericks but Paul told him he could be a “$100m man” if he fired his agent Happy Walters and hired him instead, according to the suit.

Noel took Paul’s advice, fired Walters and only signed a one-year qualifying offer ($4.1m) with the intention of seeking a bigger deal the next summer. However, after he tore a ligament in his left thumb and played just 30 games in the 2017-18 season, Noel claims Paul lost interest in him as a client.

Noel went on to play for the Oklahoma City Thunder for two league-minimum contracts – a combined $3.7m over two seasons. He signed for the New York Knicks on a one-year, $5m deal at the beginning of the 2020-21 season and separated from Paul.

The center also accused Paul of ignoring multiple NBA teams’ front offices that allegedly were reaching out to Klutch Sports to discuss signing the big man. 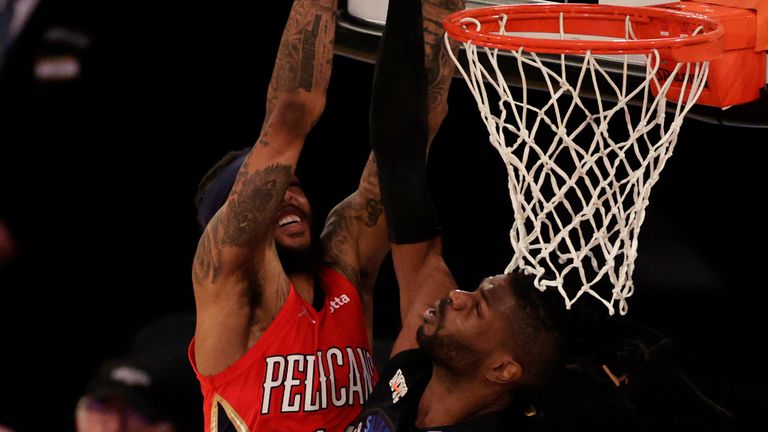 In seven seasons with the Philadelphia 76ers, Dallas, Oklahoma City and the New York Knicks, Noel has career averages of 7.6 points, 6.2 rebounds, 1.5 blocks and 1.3 steals across 425 career games – 208 of which were starts.

Noel started 41 games in his 62 appearances for New York last season, marking the highest number for him since 2015-16. He averaged 5.1 points, 6.4 rebounds and 2.2 blocks for the Knicks – the third most rejections per game in the league.

Thanks to that defensive presence in the paint, Noel signed a three-year deal with the Knicks this month that guarantees him $27.7m over three years and a possible $4.1m extra in bonuses.