Naomi Osaka leaves the room in tears during press conference in Cincinnati before returning a couple of minutes later; the Japanese star said her decision to withdraw from the French Open and then skip Wimbledon due to her mental health was “something I needed to do for myself” 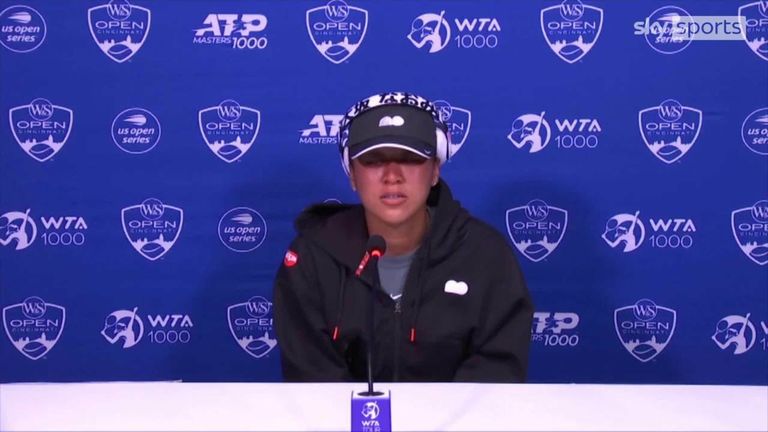 Naomi Osaka needed a couple of minutes to compose herself before returning to her press conference at the Western & Southern Open (Pictures: ESPN)

Naomi Osaka needed a couple of minutes to compose herself before returning to her press conference at the Western & Southern Open (Pictures: ESPN)

Naomi Osaka required a couple of minutes to compose herself after leaving her press conference at the Western & Southern Open in tears.

Osaka, who withdrew from the French Open and Wimbledon, citing her mental health, became visibly upset when a journalist from the Cincinnati Enquirer commented on the fact she is not “crazy” about dealing with the media, yet she has outside interests that are served by having a media platform.

By the time she was asked about the devastation caused in Haiti, Osaka had broken down in tears before the moderator called for a pause to the proceedings.

Osaka left the room but the four-time Grand Slam champion returned a few minutes later to complete the news conference and responded by saying: “Sorry for walking out.” 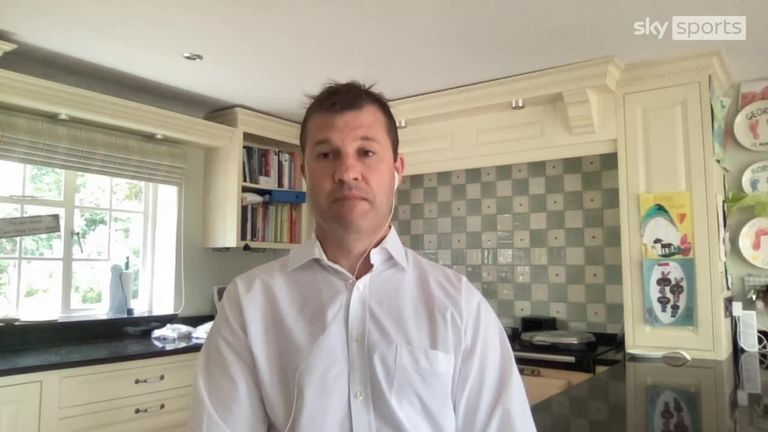 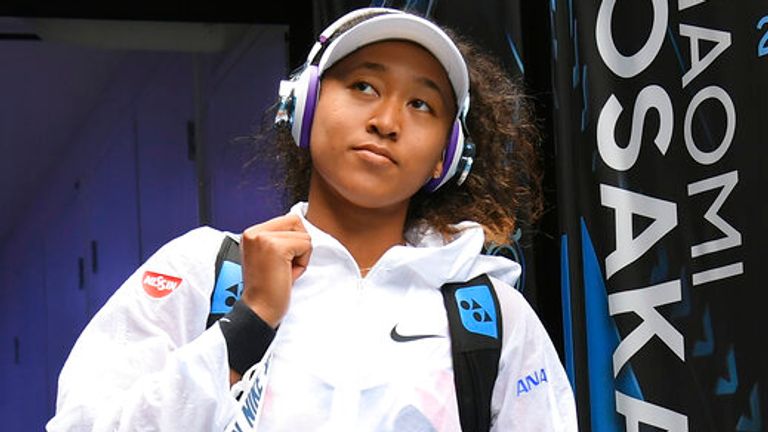 Osaka had been offered the chance to skip the question posed to her regarding how she manages to balance speaking to the media and having outside interests that are served by having a media platform, but Osaka asked the reporter to clarify his question before giving a full reply.

“Ever since I was young, I have had a lot of media interest on me, and I think it’s because of my background as well as how I play. I’m a tennis player. That’s why a lot of people are interested in me,” she responded.

“I would say in that regard I’m quite different to a lot of people, and I can’t really help that there are some things that I tweet or some things that I say that kind of create a lot of news articles or things like that, and I know it’s because I have won a couple of Grand Slams and I have done a lot of press conferences that these things happen.

“But I would also say, I’m not really sure how to balance the two. I’m figuring it out at the same time as you are, I would say.”

Thank you Nick. I’ve never bullied anyone my entire life. Perhaps the critics should read what I wrote about Osaka

Osaka’s agent, Stuart Duguid, condemned the reporter’s line of questioning in a statement.

“The bully at the Cincinnati Enquirer is the epitome of why player/media relations are so fraught right now,” said Duguid. “Everyone on that Zoom will agree that his tone was all wrong and his sole purpose was to intimidate. Really appalling behaviour.

“And this insinuation that Naomi owes her off-court success to the media is a myth – don’t be so self-indulgent.”

Columnist Paul Daugherty – whose question upset Osaka – has denied he is a bully in an article for the Cincinnati Enquirer. 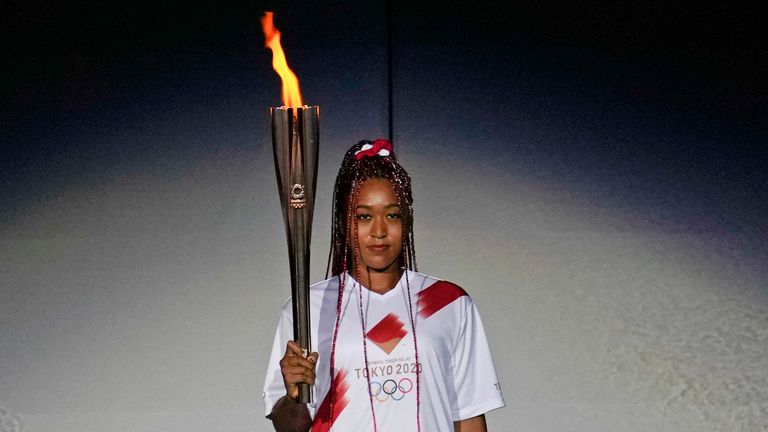 “I think the biggest eye-opener was going to the Olympics and having other athletes come up to me and say that they were really glad that I did what I did.”

Osaka, who has won both the US Open and Australian Open twice, opened up about her struggles with depression but admitted being “embarrassed” to walk out of her house in fear of what people might say.

The 23-year-old has since come to terms with the announcement regarding her mental health after speaking to fellow athletes at the Tokyo Olympics.

She said: “I would say for me in that moment I wasn’t really proud. I felt like it was something I needed to do for myself more than anything. I felt like I holed up in my house for a couple of weeks, and I was a little bit embarrassed to go out because I didn’t know if people were looking at me in a different way than they usually did before.

“I think the biggest eye-opener was going to the Olympics and having other athletes come up to me and say that they were really glad that I did what I did. So after all that, yeah, I’m proud of what I did, and I think it was something that needed to be done.”

Really hurts to see all the devastation that’s going on in Haiti, and I feel like we really can’t catch a break. I’m about to play a tournament this week and I’ll give all the prize money to relief efforts for Haiti. I know our ancestors blood is strong we’ll keep rising 🇭🇹❤️🙏🏾

Osaka, who has pledged to donate her earnings from the tournament to support earthquake relief efforts in Haiti, also hopes to do more in response to the 7.2-magnitude quake that struck the impoverished country on Saturday.

At least 1,297 people are known to have died and an unknown number are still missing.

“For Haiti, I feel like I’m not really doing that much. I could do more, and I’m trying to figure out what I can do and what exactly or where exactly to put my energy into,” said an emotional Osaka.

“The prize money thing is sort of like the first thing that I thought of that I could do that would raise the most awareness. I guess that is the reason why I announced it. It’s really scary, because like I see the news every day, and honestly the earthquake was kind of close to, you know, my parents’ school there, so I’m honestly not really sure how that’s doing and I haven’t seen any pictures or video of it yet.”

Osaka, who lit the Olympic cauldron to officially open the Tokyo Games last month, will take on the winner of the match between Coco Gauff or Hsieh Su-wei in the second round of the Western & Southern Open.

She is preparing for the defence of her US Open title in New York, which begins on August 30.