Manny Pacquiao refused to bring the curtain down on a glorious career in the aftermath of his defeat to Yordenis Ugas on Saturday night in Las Vegas.

The Hall of Fame fighter is now 42 and was in the ring for the first time in two years but, on the wrong end of a unanimous decision, he did not perform with the zip of his younger self.

Pacquiao, already a Senator in his home country of the Philippines, is expected to run for the presidency next year which would surely result in the conclusion of a stunning boxing journey.


Asked about hanging his gloves up after Saturday night’s fight, he said: “I don’t know. Let me rest first, relax, and make a decision if I will continue to fight or not.”

Pacquiao said about running for President of the Philippines: “I will make a final announcement next month.

“I know that I am facing a difficult problem in a more difficult world than boxing. But I want to help the people.”

He later hinted about his future: “We accomplished our dream as a fighter. I am a fighter inside and outside of the ring. I look forward to going back to the Philippines to serve the people.

“I look forward to spending time with my family and thinking about my future in boxing.

“In the future will you see Manny Pacquiao fight in the ring? I don’t know.

“I am so happy with what I’ve done in boxing.

“I did my best tonight but it wasn’t good enough. No excuses. “

Pacquiao failed to claim the WBA welterweight championship from Ugas in the 72nd fight of a career that began in 1995.

He was set to face Errol Spence Jr but an eye injury to the IBF and WBC champion meant Ugas came in as a replacement opponent.

“I had a hard time in the ring,” he admitted. “I made adjustments to his body style. 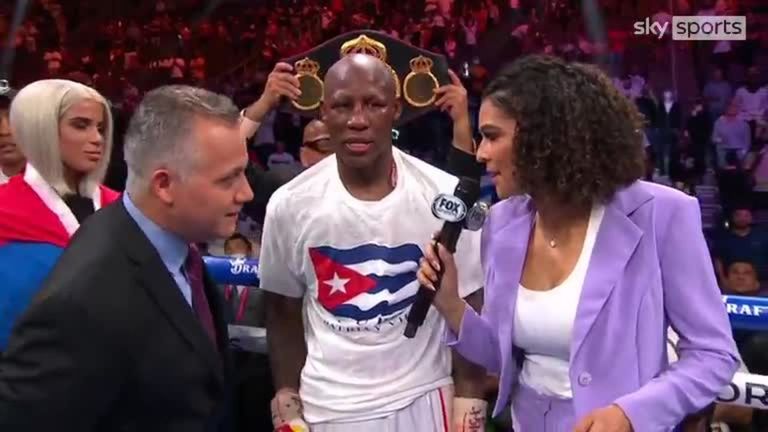 “It was a problem for me because I didn’t make those adjustments right away.

“My legs were so tight. It was hard to move.”

Pacquiao is the only boxer ever to be a world champion in four different decades.

He is the only male eight-division world champion ever. 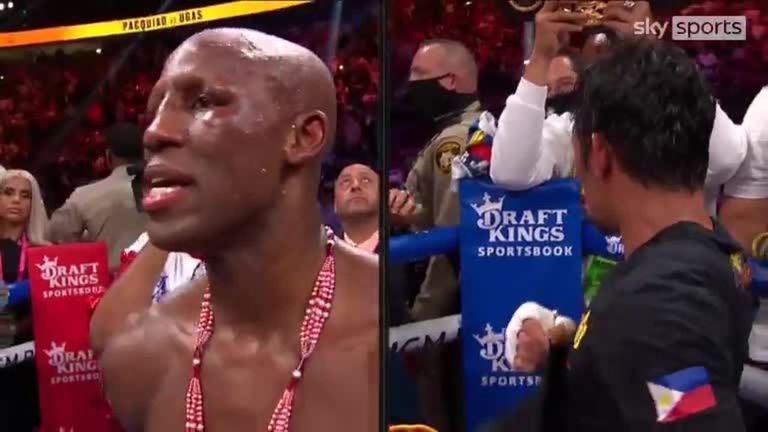 His four-fight rivalry with Juan Manuel Marquez was epic. Pacquiao lost eight times, including in the richest fight ever against Floyd Mayweather, but always roared back.

Whether he has been seen inside a boxing ring for the final time may now depend on his political aspirations.

Sounds great to be back-to-back winners