Los Angeles Lakers and Utah Jazz are the hottest teams in the NBA right now, and both chalked up big wins on Friday night, with the Lakers coming from a 20-point deficit to beat Memphis for a seventh successive victory which is only bettered by Utah, who won for the 11th straight game.

Anthony Davis had 35 points and nine rebounds, and the Los Angeles Lakers extended their winning streak to seven games with a 115-105 victory over the visiting Memphis Grizzlies.

Davis, who returned after a two-game absence with Achilles soreness, made 16 of 27 shots from the floor as the Lakers rallied from an early 20-point deficit to prevail.

LeBron James had 28 points, nine rebounds and eight assists, and Kyle Kuzma contributed 20 points and 10 rebounds, five on those on the offensive end. 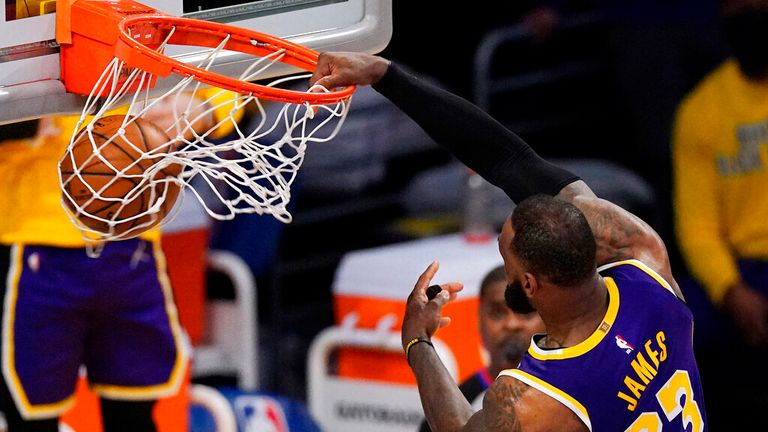 Lakers big man Montrezl Harrell, who left the game early in the fourth after being hit in the head by an elbow by Kuzma, had 14 points and seven rebounds in 16 minutes.

Grayson Allen scored 23 points and Jonas Valanciunas and Ja Morant each scored 22 for the Grizzlies, who have dropped five of their last six contests – Morant also dished out 10 assists.

A 13-4 surge pulled the Lakers to within 63-59 to open the third after a jumper by Davis. But the Grizzlies maintained the lead until James scored the Lakers’ final seven points of the quarter for an 87-82 edge heading into the fourth.

The Lakers increased the lead to double digits and were never threatened the rest of the way.

Utah Jazz underlined their title credentials with a 129-115 victory over the Milwaukee Bucks, a win that featured four players scoring at least 25-points for the red-hot NBA leaders.

Utah earned its sixth straight win and its 17th victory in 18 games with Rudy Gobert and Joe Ingles each scoring 27 points to lead the Jazz, who have now recorded a franchise best 21-5 start to the season.

Donovan Mitchell finished with 26 despite 6-of-20 shooting from the field, and Jordan Clarkson continued his stellar play off the bench with 25. 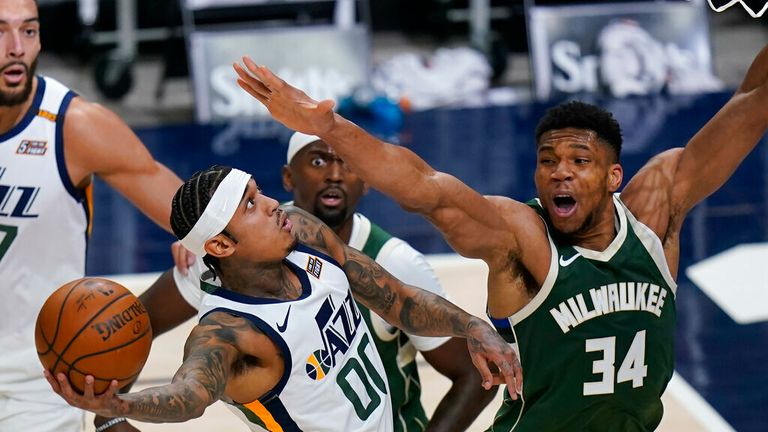 Despite the absence of All-Star candidate Mike Conley, who missed his third game in a row with a hamstring injury, Utah used a 34-21 second quarter to seize a double-digit lead that it maintained the rest of the way.

The Jazz have beaten the Bucks both times this season, and both by double digits, losing only one game since their January 8 victory in Milwaukee started a run of 11 straight wins.

Gary Trent Jr. scored 26 points and Carmelo Anthony added 23 as the Portland Trail Blazers jumped out to an early lead and stormed to a 129-110 victory over the Cleveland Cavaliers. 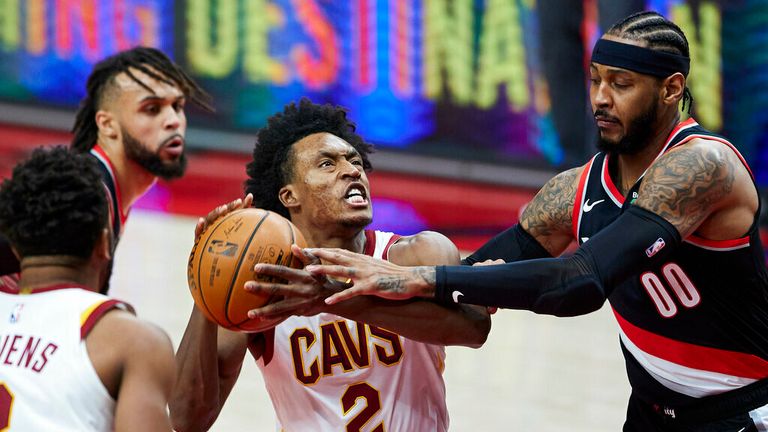 Enes Kanter scored 21 points with 13 rebounds and Damian Lillard had 20 points as the Blazers went 3-0 during a short return to the Pacific Northwest and now will play six of the next seven on the road. Portland returned last week from a 3-3 road trip.

Collin Sexton scored 25 points, while Jarrett Allen had 2 for the Cavaliers who have now lost six in a row and seven of nine.

Portland showed no ill effects after they were pushed to the final minutes by the 76ers. The Trail Blazers led 34-23 after one quarter and 73-52 by halftime by shooting 60.5 percent over the opening 24 minutes.

Portland pushed its lead to 100-77 after three quarters and had their fourth player reach the 20-point mark when Anthony scored in the opening minute of the final period. 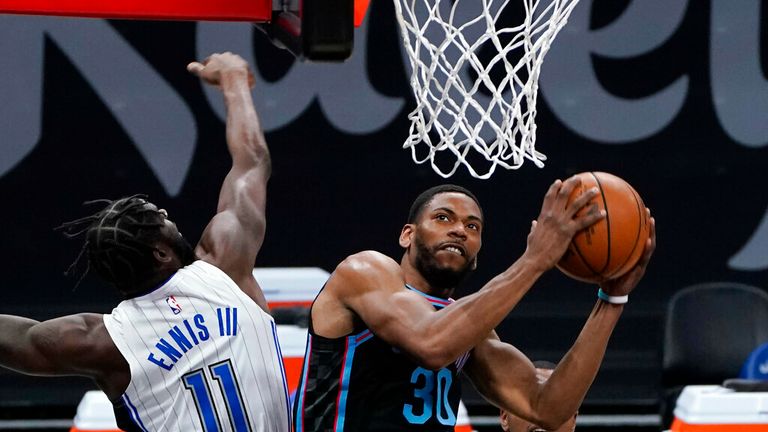 One day after suiting up just eight players and then losing Frank Mason III after four minutes, the Magic used a nine-man roster to outlast a Kings team that ruled out De’Aaron Fox and Marvin Bagley III shortly before game time.

Orlando outscored Sacramento 45-36 on three-pointers, with Terrence Ross complementing Vucevic’s six with four of his own in an 18-point performance.

Carter-Williams had seven rebounds and a game-high-tying seven assists while Orlando’s Dwayne Bacon chipped in with 11 points and James Ennis III scored 10.

Buddy Hield had 19 points to lead the Kings, who have lost two straight after winning four of five.

Hassan Whiteside had 16 points while Tyrese Haliburton had 14 to go with a team-high seven assists for Sacramento, who have now opened a five-game homestand with a pair of losses.

The Thunder led by as many as 19 late in the first half, but Jokic scored seven of his 16 first-half points in the final minutes to Nuggets get within 53-40 at the break.

Oklahoma City withstood an early second half surge by the Nuggets to go up 66-51 on a three-pointer by Kenrich Williams midway through the third before Porter scored nine points and Millsap had four in a 13-4 run that got Denver within six late in the quarter. Both teams had empty possessions before Porter’s short jumper made it a one-point game, and after a shot clock violation by Oklahoma City, Jokic hit a 15-footer to give Denver their first lead with 1:21 left.

Horford missed from deep on the ensuing possession, and Barton drained a three-pointer to give the Nuggets a four-point lead with 42 seconds left – and that was to prove decisive.