Bateman is relishing his first Wigan-St Helens derby since returning to Super League for the 2021 season. Watch the old rivals go head-to-head at the DW Stadium live on Sky Sports Arena from 7.30pm on Friday (kick-off 7.45pm)

John Bateman knows a thing or two about what to expect when a team faces off against their greatest rivals on derby day.

Coming through the youth system at Bradford Bulls and starting his Super League career with his home city’s club meant the clashes with Leeds Rhinos were always circled first on the fixture list.

Moving to Wigan Warriors in 2014 exposed the second row to the ferocity of their derby matches against St Helens too and Bateman knows just what will be in store when the old rivals renew hostilities at the DW Stadium on Friday, live on Sky Sports.

“You just want to take someone’s head off, don’t you?” Bateman said with a laugh, adding: “Anything Wigan-Saints, you just want to get stuck into each other and it will be a good game.

“You want to rip in and get the win, and it’s about the bragging rights, I suppose – especially as Saints have come out on top in the last couple of years with a couple more trophies and things like that.”

This will be Bateman’s first derby clash since rejoining Wigan for the 2021 season, having missed the 24-6 defeat to Saints at Totally Wicked Stadium at the start of July due to injury.

Those derby clashes were something he missed during his two seasons playing for Canberra Raiders in the NRL too, with their nearest rivals being St George Illawarra Dragons – based two-and-a-half hours and more than 170 miles away in Sydney. It is something of a contrast to the mere seven miles separating the towns of Wigan and St Helens, and the 27-year-old tried to explain to his curious Australian team-mates what it was like to play in those clashes.

“Week in, week out it was the sort of games you need to turn up for, but you didn’t have that real derby game which was built up as one of the biggest games of the year or probably the biggest game of the year,” Bateman said of his time in Canberra.

“The lads over there used to ask what it was like because they’d watched it on TV and things like that.

“I think everyone in Wigan has been talking about it for the past couple of weeks. I went to Tesco the other day and someone mentioned it to me, so it should be good and I’m looking forward to getting into it.” 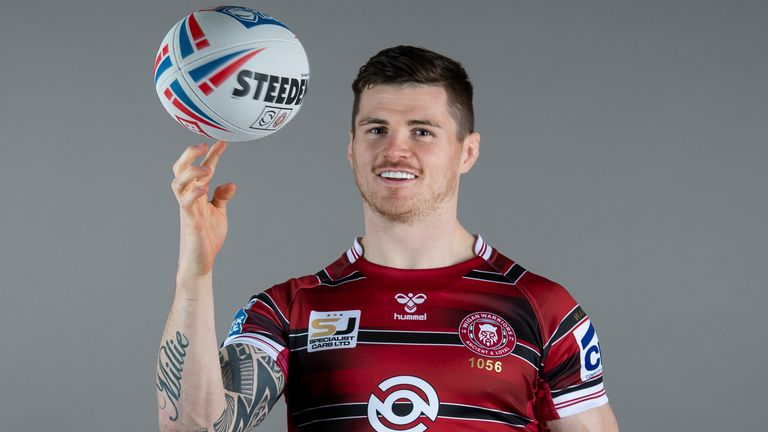 Anything Wigan-Saints, you just want to get stuck into each other and it will be a good game.

The match will see Bateman return to action after being forced to sit out last week’s 26-14 defeat away to Hull Kingston Rovers due to illness, having already missed games this year due to injury.

Head coach Adrian Lam is pleased to have the England international back and expects him to have an influential role, particularly now captain Tommy Leuluai has suffered what looks to be a season-ending hamstring tear.

“The week before last, he was probably the best player on the field in the minimal time he had on his second performance back from injury,” Lam said of Bateman.

“That showed us that he’s certainly heading in the right direction, so I can imagine in the next couple of weeks what he’s going to be able to bring to us.

“He’s going to play a big part in our team moving forward with Tommy Leuluai out for the rest of the season, so I’m excited to see him take that next step up.”

By his own admission, Bateman has yet to hit the highs of his first spell with the Warriors which included Super League Grand Final triumphs in 2016 and 2018.

However, he believes the showdown with St Helens offers the perfect opportunity to lay down a marker for the remainder of the campaign as the Cherry and Whites aim for a return to Old Trafford.

“These are the games where you can get everything out of the window and just go for it, so I’m looking forward to getting out there and enjoying my rugby a bit,” Bateman said.

“It’s probably one thing I’ve not been able to do as much is go out there and try to do a lot of things. Coming back there was a bit more pressure on my shoulders and I just want to go out there and play rugby, and I’m looking forward to it.

“It’s not from everyone around you, you probably put more pressure on your own shoulders and probably don’t need to. It’s all about just going back out there and playing rugby.”

Australia have plenty of respect for New Zealand but do not fear them, says Michael Hooper | Rugby Union News