“It doesn’t get much better than that I don’t think. These days don’t come around very often, so you just have to be happy when they do,” said James Anderson; watch the second day of the third Test live on Sky Sports Cricket from 10.15am on Thursday

James Anderson ranked England’s opening-day performance in the third Test against India at Emerald Headingley as one of the best in living memory.

The home side were asked to bowl first after Joe Root lost the toss to Virat Kohli and responded by skittling the tourists out for just 78.

Having condemned India to the ninth-lowest score in their Test history, England openers Rory Burns and Haseeb Hameed then responded by sauntering to 120-0 at the close of play.

It was just the third time any side had taken all 10 wickets and moved ahead on the first day of a Test without losing a single batsman in reply. 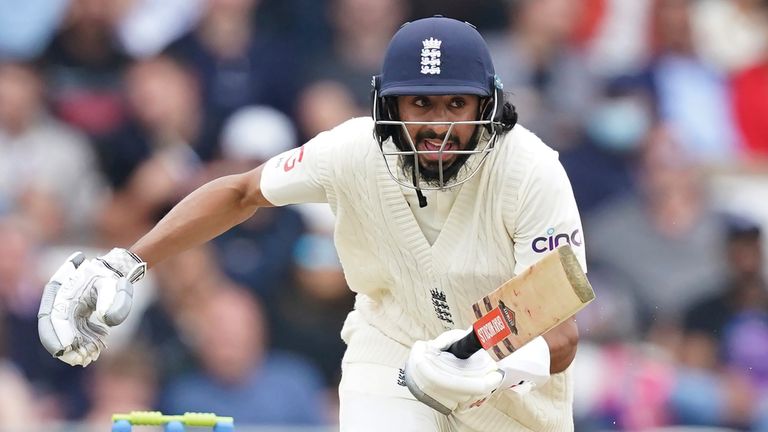 The previous time was England’s famous Boxing Day effort at the MCG back in 2010, when Australia were dismissed for 98 before Andrew Strauss and Alastair Cook racked up 157-0.

Anderson is the last remaining survivor from that game and ranked events in Leeds on a par with that.

“It doesn’t get much better than that I don’t think. These days don’t come around very often, so you just have to be happy when they do,” said the 39-year-old.

“The only difference with Melbourne is that I was keen to bowl there and I wasn’t today for some reason. I was trying to tempt Joe into batting!

“But losing the toss, being asked to bowl and then putting in a performance like that…it just doesn’t get much better. We’ve talked about trying to bowl as a unit, as a group, and we just absolutely nailed it. With both ball and bat we’ve displayed exactly what we wanted to do.”

Anderson set the tone for England, dismissing KL Rahul, Cheteshwar Pujara and Kohli in an imperious opening spell of 3-6 in eight overs.

He was ably assisted by Ollie Robinson (2-16), Craig Overton (3-14) and Sam Curran (2-27), who shared the next seven wickets, with the latter two both on a hat-trick at one stage as six wickets fell in the afternoon session.

England are more used to excelling with ball than bat in recent times, which made the half-centuries of the unbeaten Burns (52no) and Hameed (60no) all the more satisfying.

“The way the two guys played towards the end of the day with the bat was outstanding and exactly what we’ve been asking for,” said Anderson.

“When you bowl someone out for less than 100 you’re never quite sure whether you’ve bowled well or if the wicket is not as good as you think it might be. So to see the way they both went about their business, just felt so calm in the dressing room.

“The way they were so measured, they were solid in defence, left well and put away the bad ball when they got one. I just thought it was brilliant Test match batting.”

For Anderson’s former Lancashire team-mate Hameed, a knock of 60 not out was particularly sweet after he marked the end of five years in the wilderness with scores of zero and nine at Lord’s.

“I couldn’t be happier for Has. One thing he’s always had is the right temperament for international cricket and we saw that today in bucket loads,” said Anderson.

“He was calm, he was measured and he had a game plan which he executed brilliantly.” 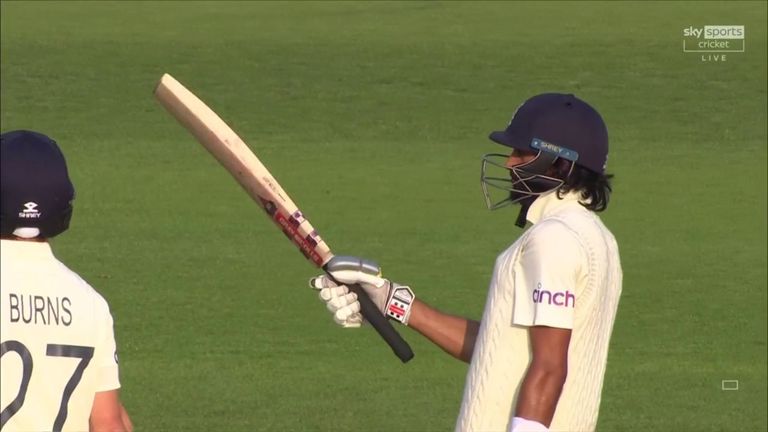 Overton finished with figures of 3-14 but cautioned that England cannot afford to let their foot off the gas as they look to level the five-match series at 1-1.

“It’s obviously a great day for us, topped off by the boys being none-down overnight and giving us bowlers a bit of rest break overnight,” he said.

“There’s obviously still a long way to go – we know they are a good bowling attack and we’ve got to come back tomorrow and do our job with the bat and hopefully bat long and bat them out of the game.” 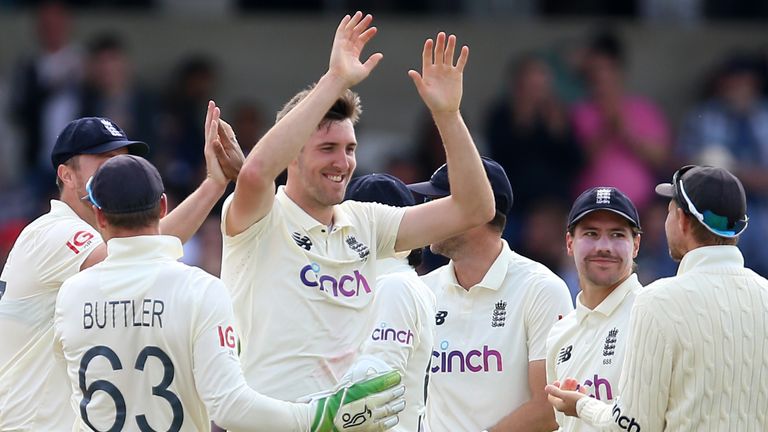 Rishabh Pant brushed aside his side’s collapse as “part and parcel” of Test cricket but did shed some light on a late incident which appeared to enrage Kohli, who was upset by events in a rowdy Western Terrace.

“I think somebody threw a ball at Mohammed Siraj. He [Kohli] was upset, yes,” said the wicketkeeper.

“You can say whatever you want to chant, but don’t throw things at the fielders. It’s not good for cricket, I guess.”

Watch day two of the third Test between England and India from 10.15am, Thursday on Sky Sports Cricket and Main Event.