A glimpse of the future? George Russell tests Mercedes with 2022-spec tyres as team prepare to make driver decision for next season; Russell in head-to-head fight with Valtteri Bottas to partner Lewis Hamilton; Ferrari and McLaren also testing Pirelli tyres in Hungary

George Russell was back at the Hungaroring on Tuesday to drive a Mercedes as part of more extensive Pirelli tyre tests for the big 2022 changes.

Russell, who has a long-term deal with F1’s world champions but has driven, and shone, for Williams over the last three seasons, was lapping for the team he hopes to join full-time in a mule car as three teams tested prototype tyres.

The 2022 tyres, 18 inches and much bigger than the current specification, are just one of several huge changes for next season, when the cars and technical regulations are shaken up in a bid to further improve on-track action.

It was the latest day in a Mercedes car for Russell, who completed official tests for the team in 2017 and 2019 and also impressed as Lewis Hamilton’s stand-in at last season’s Sakhir GP in Bahrain, and provided more useful data for Mercedes as they consider their 2022 driver line-up.

Russell is the main contender to replace Valtteri Bottas as Hamilton’s team-mate, and team boss Toto Wolff has hinted a decision could be made over the summer break. 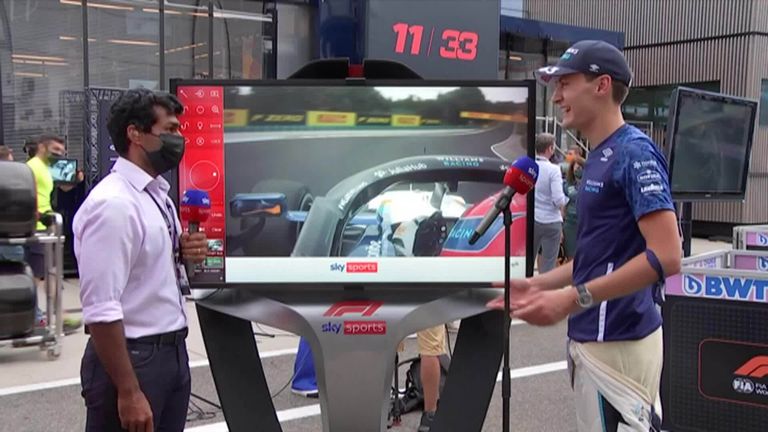 He completed 137 laps on the day, with the test coming just two days after Russell impressively scored his first points as a Williams driver at the Hungarian GP at the same Budapest track.

McLaren’s Lando Norris was also in action on Tuesday, with Daniel Ricciardo taking over the following day, while Charles Leclerc and Carlos Sainz split the day of running for Ferrari.