The two-time world champion will stay on the grid with Alpine into the first year of F1’s rules revolution; Fernando Alonso has impressed since returning to the grid after two seasons racing in other categories

Fernando Alonso will extend his illustrious Formula 1 career into 2022 after Alpine took up the option on his contract for next season.

The two-time world champion, who turned 40 in July, returned to the grid this year with the former Renault team after a two-season absence and showed increasingly impressive form up to the summer break.

Confirmation that Alonso will continue next to Esteban Ocon at Alpine for next year was expected and means that his F1 career will span beyond 20 years, the Spaniard making his debut aged 19 in 2001.

“I’m very happy to confirm the contract extension with Alpine F1 Team into 2022,” said Alonso, who won his two world titles in 2005-2006 with the same Enstone-based outfit.

“I felt at home the moment I returned to this team and have been welcomed back with open arms. It is a pleasure to work again with some of the brightest minds in our sport at Enstone and Viry-Châtillon.

“It’s been a tricky season for everyone, but we’ve shown progress as a team and the result in Hungary serves as a good example of this progression.

“We’re targeting more positive memories for the rest of this season but also crucially from next year onwards with the new regulation changes coming into Formula 1. I have been a big supporter of the need for a level playing field and change in the sport and the 2022 season will be a great opportunity for that.

“I am looking forward to the rest of this year and racing alongside Esteban in 2022 for Alpine.”

Ocon, the shock winner of the last race in Hungary, signed a new three-year deal to stay at the Enstone team in June.

Alpine CEO Laurent Rossi said: “For us it is a perfect driver line-up, amongst the strongest on the grid. It works in a hugely complementary way, with both offering raw talent and speed, yet impeccable team spirit that delivered our first win in Hungary.”

After a disappointing four seasons spent back at McLaren after leaving Ferrari at the end of 2014, Alonso stepped away from the sport entirely three years ago to instead compete in an array of different motorsport disciplines including sportscars and rally-raid. He won the World Endurance Championship with Toyota in 2019, a campaign which included back-to-back wins in the prestigious Le Mans 24 Hours.

But the lure of an F1 return ultimately proved too strong and last summer he signed up to return to the Renault-owed team he had twice previously raced for earlier in the first half of his career (2003-2006 and 2008-2009).

Acknowledging that it would take him time to get fully back to speed on track and integrated into the team again, Alonso was initially outperformed by the 24-year-old Ocon but subsequently turned the tables. It was the Frenchman who claimed the team’s surprise first win under the Alpine name in Hungary but Alonso still took fourth and helped in his team-mate’s triumph by delaying a charging Lewis Hamilton for 10 laps. 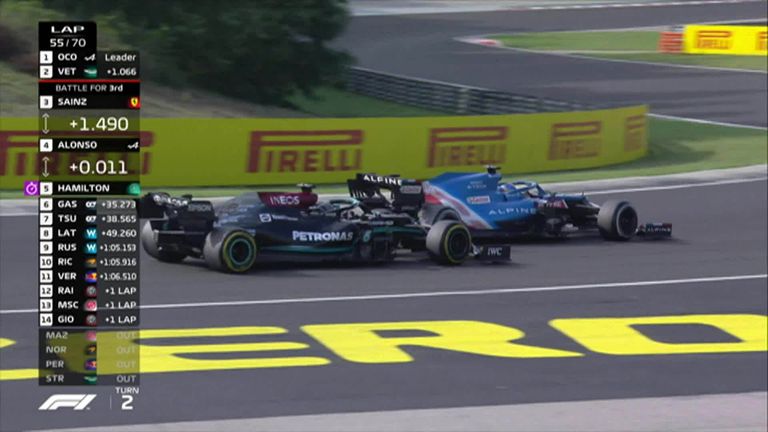 “Fernando has impressed us all since he returned to the sport at the beginning of this year,” added Rossi. “His dedication, teamwork and focus to extract the maximum from the team is incredible to be a part of and certainly special to witness.

“His performance in Hungary was another example of his racing pedigree and reminded everyone how skilled a driver he is. I am convinced we can benefit strongly from Fernando’s insight and experience as we enter the final development and optimisation phase of the 2022 chassis and power unit. He is just as hungry as we are for success and is putting in every effort to translate it to performance.”

Jake Paul’s demise plotted by Floyd Mayweather who is training Tyron Woodley: ‘He gave me the foundation’ | Boxing News