Rory McIlroy and Bryson DeChambeau among the group eight behind, while FedExCup leader Collin Morikawa struggled to an opening-round 74 – watch the opening event of the FedExCup Playoffs throughout the week on Sky Sports Golf. 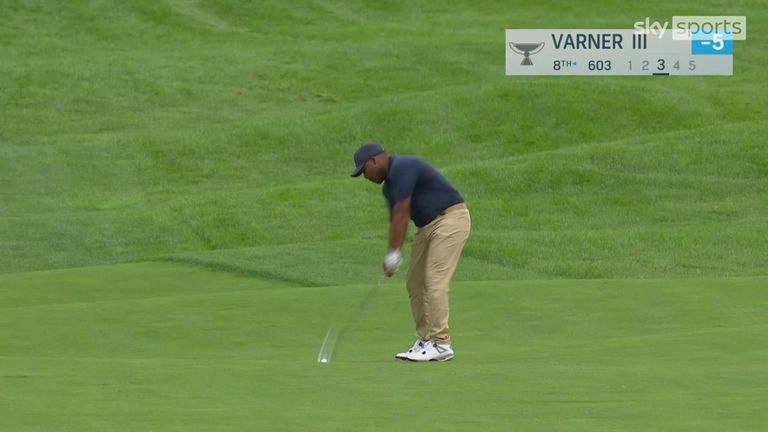 A look back at the best of the action from an eventful opening round at The Northern Trust, the first event of the PGA Tour’s FedExCup Playoffs

A look back at the best of the action from an eventful opening round at The Northern Trust, the first event of the PGA Tour’s FedExCup Playoffs

Jon Rahm and Justin Thomas went on a late birdie barrage to pull themselves three ahead of the field on eight under par after a low-scoring opening day at The Northern Trust.

Rahm, making his first competitive appearance since The Open after testing positive for Covid-19 last month, birdied four of his last six holes to post a bogey-free 63 at Liberty National.

The world No 1 is joined at the top of the leaderboard by Thomas, who produced a three-birdie finish to also get to eight under, with the pair holding a three-shot cushion over Harold Varner III in third.

“The fact that me and Justin (Thomas) shot a low score like that, it shows it’s possible, but we both play really, really good golf,” Rahm said. “I’m assuming he did as well. I felt like I played great. If it ever looked easy, it is, again, due to ball striking. I can put it in the fairway. From the fairway, you can be aggressive.”

Thomas birdied his opening hole and holed from seven feet at the fourth to spark a run of three straight gains, before converting from 10 feet at the ninth to reach the turn in 31. 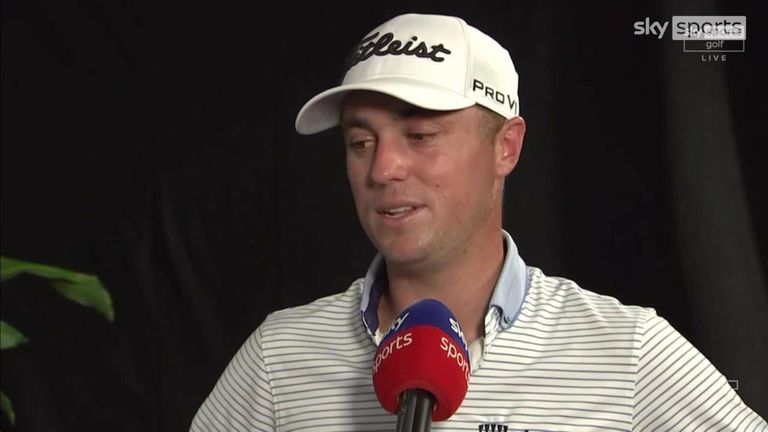 The world No 5 ended a run of pars by draining a 35-footer at the 14th, with Thomas then cancelling out a bogey at the next by driving the par-four 16th green to set up a two-putt birdie from 20 feet.

Thomas rolled in from six feet at the 17th to go seven under for the day but saved his best shot of the day for the par-four last, where he recovered from a wayward tee shot to fire his approach to inside three feet and finish an impressive opening round with another birdie.

Rahm, playing in the group behind Thomas, holed from off the third green and followed three consecutive birdies from the sixth by making a tap-in birdie at the par-five 13th.

The Spaniard failed to convert from inside eight feet at the 14th but almost holed his second shot into the par-four next, leaving another tap-in. He then rolled in from 10 feet at the 16th and nailed a 20-footer on his penultimate hole to move alongside Thomas. 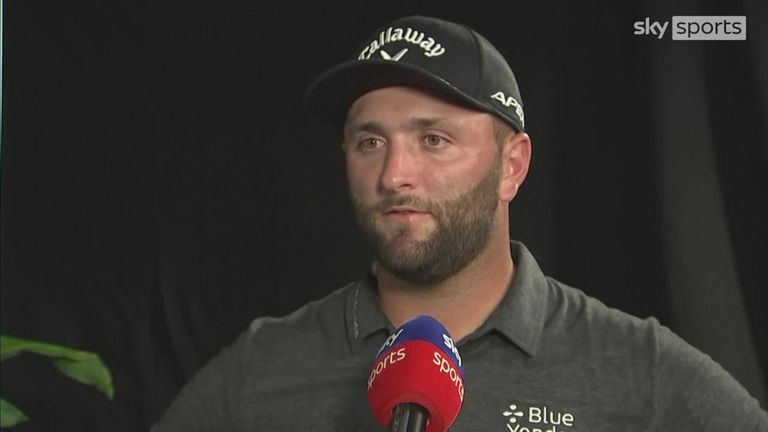 Varner was the pick of the morning starters with a five-under 66, while former world No 1 Adam Scott – a runner-up in the mammoth play-off at the Wyndham Championship last week – is in a group four off the pace that also contains Tony Finau.

Rory McIlroy mixed five birdies with as many bogeys to open with a level-par 71 and join Shane Lowry eight behind, with Bryson DeChambeau also on the same score after making just two pars during an erratic opening day.

Jordan Spieth posted a one-over 72 and FedExCup leader Collin Morikawa struggled to a three-over 74, while England’s Matt Wallace’s PGA Tour season ended when he withdrew after an opening-round 79.

Watch The Northern Trust throughout the week live on Sky Sports. Live coverage continues Friday with Featured Groups from midday via the red button, ahead of full coverage from 7pm on Sky Sports Golf.