Dallas Mavericks were too strong for New Orleans in a Friday night shoot-out while there were surprise wins for Detroit over Boston and the New York Knicks over Washington. 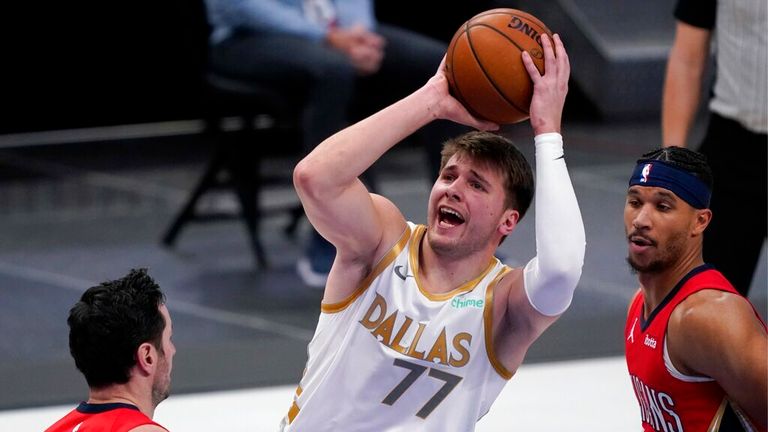 Check out the top ten plays from Wednesday night in the NBA.

Dorian Finney-Smith added 14, Jalen Brunson had 13 and Josh Richardson 11 as the Mavericks won a shootout with the Pelicans’ Williamson and Brandon Ingram.

The Mavericks, who swept the four-game series last season, won this season’s first meeting, which had been postponed from early January because of COVID-19 issues with Dallas.

Kawhi Leonard scored 33 points on 14-for-21 shooting, Marcus Morris Sr. added 20 points off the bench, and the Los Angeles Clippers cruised to a 125-106 win in Chicago Bulls. 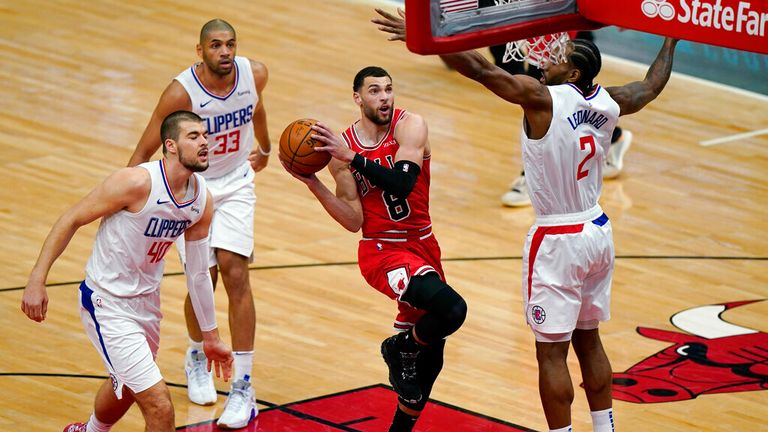 Lou Williams (17 points), Ivica Zubac (12 points) and Reggie Jackson (11) also scored in double digits for Los Angeles, which won its second game in a row after losing three of the previous four.

Zach LaVine led the Bulls with 26 points on 11-for-21 shooting. Coby White and Tomas Satoransky each contributed 17 points for Chicago, which has lost four of its past six games and seven of its past 10.

Clippers star Paul George missed his fourth straight game because of swelling in his right foot.

Rookie reserve Saddiq Bey scored a career-high 30 points, making all seven of his three-point attempts in the process, and the visiting Detroit Pistons held off the Boston Celtics. 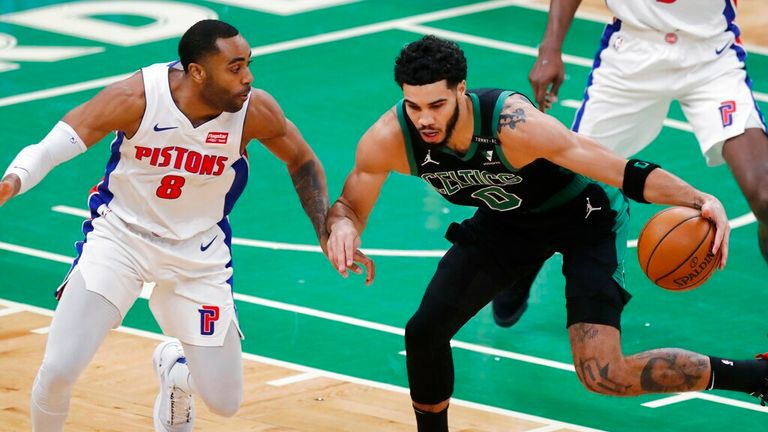 Bey’s seven three-pointers set a Pistons record for a rookie, he also pulled down 13 rebounds and was supported by Delon Wright who had 22 points and seven assists, while Jerami Grant supplied 15 points and six rebounds.

DeMar DeRozan scored 22 of his 23 points in the first half and the visiting San Antonio Spurs had seven players score in double figures in coasting to a victory over the Atlanta Hawks. 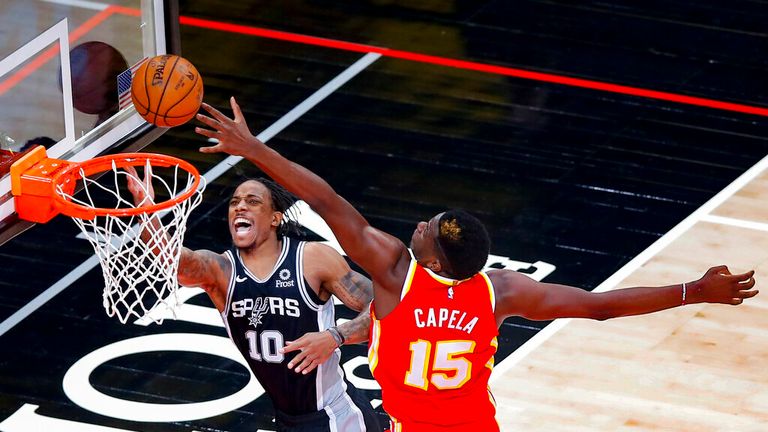 The Spurs never trailed, led by as many as 42 and played mostly reserves in the fourth quarter en route to their fourth win in their last five games.

Patty Mills (12), Derrick White (11) and Lonnie Walker IV (11) also found their way into double figures against an Atlanta team led by Trae Young with 25 points and Clint Capela with 14 points and 11 rebounds.

Rookie Skylar Mays came off the bench to make four three-pointers, including his first career field goal, and he scored a season-high 20 points. Brandon Goodwin scored 13.

Atlanta have lost two successive games and five of its last six heading into Saturday night where they face Indiana.

Washington held out Bradley Beal, the NBA’s top scorer at 32.8 points per game, for his first rest day this season and struggled to find consistent offense.

In contrast the Knicks found their offense, especially down low, and led most of the game. They dominated in the paint, finishing with 58 points there and outrebounding the Wizards 65-46.

Mitchell Robinson managed a double for the Knicks in the first half – 10 points and 14 rebounds in 20 minutes. But he left in the first half and did not return because of what the team said later was a fractured right hand. 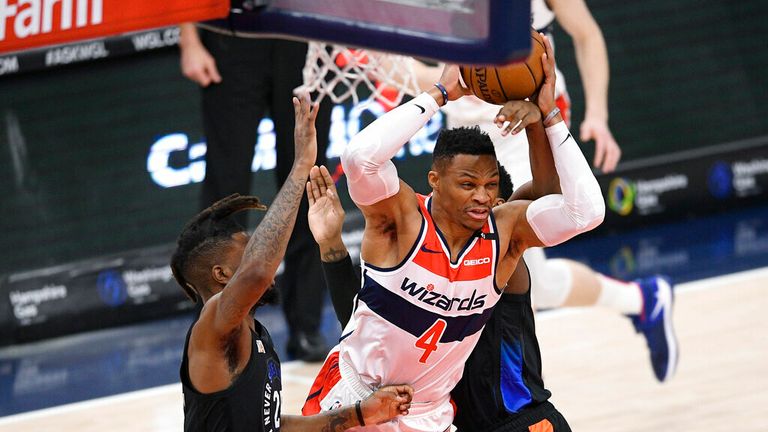 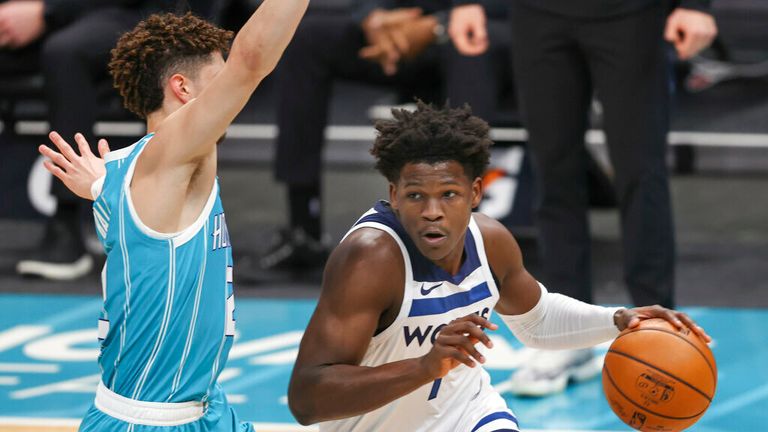 Rozier made 13 of 20 shots from the field, shooting 6-for-10 on three-pointers. He went 9-for-9 on free throws and was joined in the backcourt by LaMelo Ball’s 20 points and 11 rebounds.

It was a game that included two of the top rookies from November’s draft, with Ball and Minnesota’s Anthony Edwards, who posted 21 points.

Cody Zeller added 17 points, Gordon Hayward had 14 points (despite 5-for-21 shooting from the field) and Miles Bridges finished with 11 points for Charlotte, which was beginning a five-game running of home games.

Malik Beasley racked up 31 points and Karl-Anthony Towns, in his second game back from an extended coronavirus-related absence, notched 25 points and eight rebounds for the Timberwolves, who have a four-game losing streak.